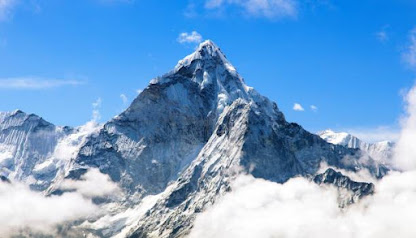 The Story of Climbing K2 Peak

Sometimes history does injustice to those people who deserve to be in history. Those who deserve to be remembered sometimes disappear into history. The historian has ignored or forgotten to write about many such personalities who were important at their respective times. They now become anonymous and we no longer hear about their ventures and stories.

One such important person who climbed Mount Everest in 1953 and became one of the first humans to do so. Tenzing Norgay was a Nepali Sherpa who climbed World’s highest peak Everest along with Edmund Hillary. The recognition and honor that Hillary received were way more than Tenzing Norgay

On 29 May 1953, Edmund Hillary and Tenzing Norgay reached the peak of Mount Everest at around 11.30 a.m. They climbed 29,031 ft. of Everest to create this record. For this achievement, both should be credited with equal honor and respect but more honor and recognition went to Edmund Hillary. The Queen of Britain, Queen Elizabeth honored Hillary with the title of ‘SIR’ during the Knighthood ceremony at Buckingham Palace, London. This same title and honor could be given to Tenzing Norgay but somehow the media and history ignored him. Tenzing Norgay was a good-natured person who did not think of ignorance as their insult at that time. But later in life, he did say about the ignorance that happened to him.

After a long time, a group of mountaineers decided to take an adventure that no one has ever done before. More than 4000 people have climbed Everest. The Everest climbing adventure was no more exciting and thrilling. So, Nirmal Purja decided to climb Mount K2. Nirmal Purja is a Nepali Sherpa mountaineer. He wanted to do something adventurous that no one had ever done. So, he chose the second highest peak to climb. Now, let me tell you that in reality, it is more difficult to climb Mount K2 compared to Mount Everest. Due to the critical weather condition of Mount K2, only 367 people have climbed it. Whereas in order to climb the K2, 87 people have died during climbing.

Mount K2 is 28,444 ft. high and have steep climbing instead of slant climbing. The weather condition makes this steep climbing more dangerous and troubled. Everest is only 237 meters high than the K2 peak. The Mount K2 is also known as Godwin Austen. During the war of India-Pakistan in 1947, Mount K2 went to the Kashmir region under Pakistani rule.

The real challenge of climbing Mount K2 peak was that they decide to climb K2 peak during the winter season. Even when the summer season shows snowfall, one cannot think of climbing it in winter. But this was the exact adventure Nirmal Purja and his group wanted to establish.

In December 2020, Nirmal and his group (10 Sherpas) reached Pakistan with the required luggage. They carried warm clothes, tents, Oxygen cylinders, kerosene for cooking, chocolates, and nearly 175 kg of food.

The team started their journey towards K2 peak by following the glacier called Godwin Austen. At the height of 17,060 ft. they established their base camp. The climbing was going to start from here on a narrow path called Abruzzi Spur. The spur forms when the edge of two mountains joins with each other. The Abruzzi Spur is the route used by 75% of climbers. The other routes are not suitable for climbing and might lead to severe consequences. However, climbing from the route of Abruzzi Spur was not easy at all. The spur creates an angle of 40° which is quite dangerous to walk on. A small slip of leg might take them to a deep snow valley. After walking on the Abruzzi Spur for many days, the team reached its next destination on 26th December 2020. The height of that first camp was 20,013 ft. from sea level where they took rest for a night and depart for their next destination to establish a second camp.

The twist in the story came now. They started climbing from the first camp and reached the determined place to establish a second camp at the height of 21,982 ft. All of sudden, nature turned its form. Fierce snowfall happened and they have to return to their base camp at the height of 17,060 ft. from sea level. All the hard work was wasted. They remain in their tents for 10 days because outside of tent there was windy weather with the speed of almost 100 km/h. During all this, Nirmal Purja and two other climbers got frostbite due to cold weather. These obstacles were enough to do give up on climbing. But it was Nirmal Purja and Company, who did not give up easily. Nirmal Purja was thinking about the tents that were established at the second camp.

On 10th January 2021, the storm stopped and a clear sky becomes visible. The team again took the route of Abruzzi Spur and reached the second camp at the height of 21,982 ft. All of them were shocked after watching the scene at the second camp. All the tents, food, and other luggage were disappeared in the fierce storm. The food supply, gas stove, fuel, sleeping bags, clothes, extra shoes, and other luggage went missing. After all this struggle, they don’t give up but get down again at the base camp. They load almost 31 kg of luggage on their back from the backup supply. Then from the route of Abruzzi spur, again climbed and reached the second camp.

On January 13, 2021, the team started to move forward and crossed the region called Black Pyramid. At the height of 23,622 ft. they set up the third camp where the temperature was measured at -40 °C. A more decrement in temperature was waiting for them above this height. When they reached 24,934 ft. and established the fourth camp the temperature was -60 °C. Finally, the spirit of one team member broke and he did not want to climb further. In this intolerable, chilled weather his body became numb. After this more, two team members lost the courage to proceed further.

In this tense situation, Nirmal Purja led the team with a unique spirit and motivated the whole team to complete this adventure. The speech of Nirmal Purja filled vitality in the team members.

On 16th January 2021, all ten members started climbing after tying nylon rope on the waist of everyone. They had to climb approximately 3,300 ft. in order to reach the World’s second-highest peak K2. They climbed the whole day and at around 4.45 p.m. they stopped at the distance of 30 ft. away from their final destination peak K2. The time was ticking and the historic moment was just a couple of minutes away. They all could see their target very clearly but no one wanted to get their first. All of them put their hands on each other’s shoulders and moved forward.

As Nirmal Purja described, “The high and sharp snowy mountains around us were reminiscent of the teeth of the Great White Shark, and long, deep and narrow valley was looking like the jaws of the Shark.”

Conclusion: The climbing of peak K2 by Nirmal Purja, Mingma Gyalje Sherpa, Galje Sherpa, Mingma David Sherpa, Sona Sherpa, Kilu Pemba Sherpa, Pem Chhiri Sherpa, Dawa Tenzing Sherpa, Pun Magar, and Dawa Tamba Sherpa wrote a golden chapter in history which won’t be ignored ever. When this achievement came into the news, the rain of good wishes happened on all ten Sherpas. The social media overflow with this and many ignored adventures by this community came into existence.